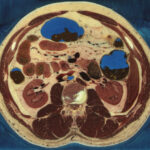 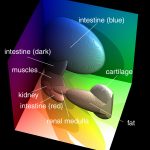 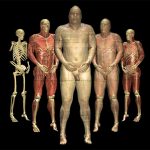 In 1994, the  Visible Human Project (VHP) of the U.S. National Library of Medicine (NLM) published the first ever true-color three-dimensional image data set of a human body.

The body of a man was frozen in a block of water and gelatin. Thin layers were grinded off the block at a distance of 1 mm, and photos were taken of the resulting surfaces. This way, 1878 transverse cross-sectional images (also known as cryosections) were created that show the three-dimensional structure of the human anatomy from head to toe in high resolution and natural colors. The color images are supplemented by previously acquired CT and MRI images. Following the same principles, an even higher resolution dataset of the body of a woman was created, with the image distance reduced to 1/3 mm. 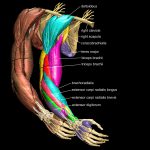 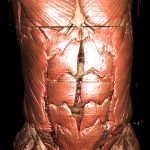 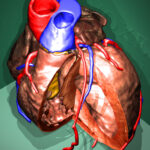 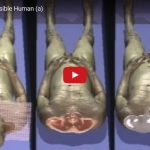 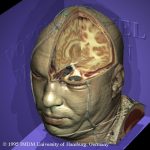 These models also form the basis for various interactive 3D atlases of human anatomy and radiology.